The term “superfood” was first utilized to promote bananas in the early twentieth century. Today, the word superfood is used to describe any food that has many health benefits, particularly ones that are high in nutrients and low in calories. Although there are many advantages to the consumption of superfoods, eating too much of them can be just as dangerous as eating unhealthy junk food.

We believe in the saying: “everything in moderation.” While there are certain foods that are healthier to eat over others, we shouldn’t abuse them and let them take a toll on our bodies.

1. Broccoli can irritate your intestines. 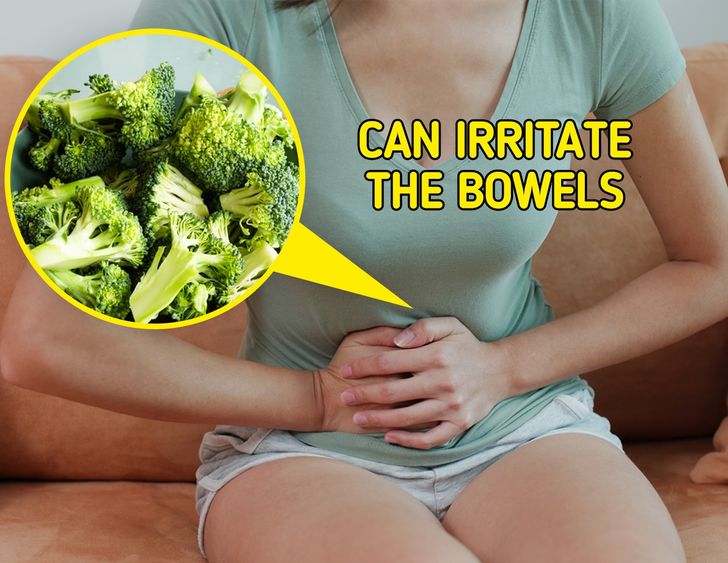 A cup of raw broccoli contains just 31 calories, 6 grams of carbs, and 0.3 grams of fat. It’s rich in fiber, protein, vitamin C, potassium, and other vitamins and minerals. However, studies have found that consuming too much broccoli and other cruciferous veggies for that matter (cruciferous means “cross-bearing,” and includes vegetables like kale, cauliflower, cabbage, and Brussels sprouts) can cause bowel irritation or make you gassy.

In a more alarming light, overeating broccoli and its cruciferous relatives have been found to have negative effects on people taking heart and blood-thinning medication due to its high vitamin K content.

2. Salmon can thin your blood. 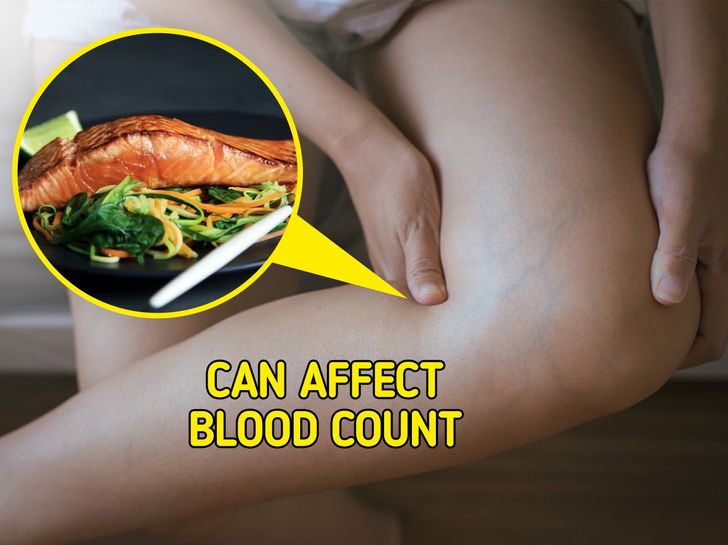 Salmon is a good source of lean protein and omega-3 fatty acids that are good for reducing inflammation. One 3-ounce portion of salmon takes care of nearly 30% of an adult’s daily protein requirements. While salmon is a top choice for many health-conscious individuals, the overconsumption of omega-3s can have a negative effect on your blood platelet count and can even thin the blood. In addition, studies have found that eating too much fish, including salmon, can boost mercury levels in the blood.

Contrary to wild salmon, farmed salmon has been discovered to have nearly double the amount of fat and calories. Recent research has also found that farmed salmon can have a link to obesity with the amounts of pollutants and chemicals that may be found in the farm waters.

3. Cinnamon can poison the body. 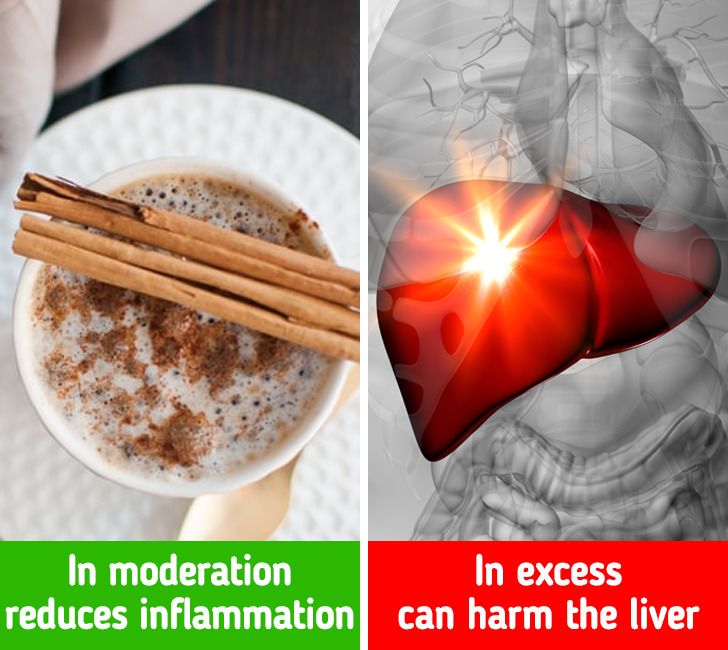 Cinnamon is considered a superfood due to its high antioxidant content and many medicinal properties. Capable of lowering blood sugar levels, reducing inflammation, and preventing heart disease, the popular apple pie spice is considered one of the top superfoods among the spice family.

Despite all its health benefits, the amount of cinnamon we ingest must be monitored to one teaspoon a day per adult. Research has revealed that too much cinnamon can be toxic due to the coumarin it contains. Coumarin is especially dangerous to people with liver problems and can cause liver damage with excessive intake.

It is important to note that there are different types of cinnamon with different coumarin levels:

4. Avocado can cause fat buildup. 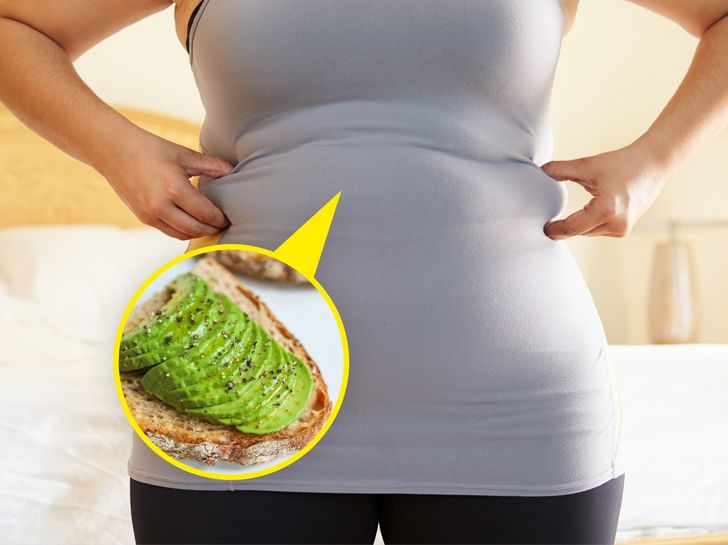 Avocado has gained global popularity as a superfood in recent years due to its high nutrient properties. A single serving of avocado makes up for one-fourth of an adult’s vitamin K requirement, one-fifth of our folate requirement, and one-tenth of our daily vitamin E needs. The fatty fruit is also rich in omega-3s and fiber, but too much avocado can also lead to inflammation, bloating, and an upset stomach.

Due to their fatty properties, avocados are not only nutrient-dense, but they have a high caloric count. Like any other calorie, too many of them can lead to weight gain. If you plan to include avocados in your daily meal plan, experts recommend eating 50 grams or about a third to half an avocado.

5. Hummus can lead to obesity. 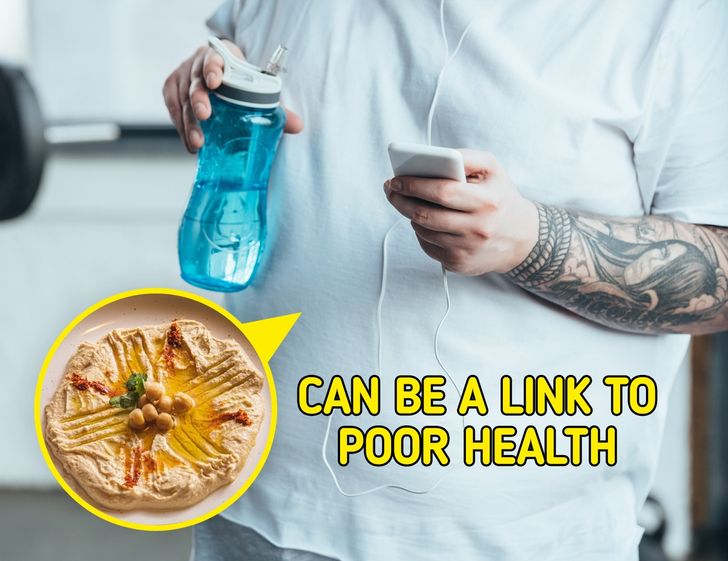 Hummus is a Middle Eastern dip made of chickpeas, sesame paste, lemons, garlic, and olive oil. Individually, all the ingredients contain a variety of health benefits; but when combined, they produce a nutritious and protein-packed superfood. Not only is hummus suitable for vegans and those with allergies to nuts, gluten, and dairy, but it has been linked to improved digestive health and blood sugar control.

It’s important to note that the benefits of hummus are found particularly in the homemade version. Most store-bought hummus isn’t as healthy and may even contain hazardous ingredients, such as high amounts of sodium, unnecessary oils, and preservatives. On-the-shelf hummus, like other processed foods, can contribute to obesity and various illnesses, so it’s best to make your own. 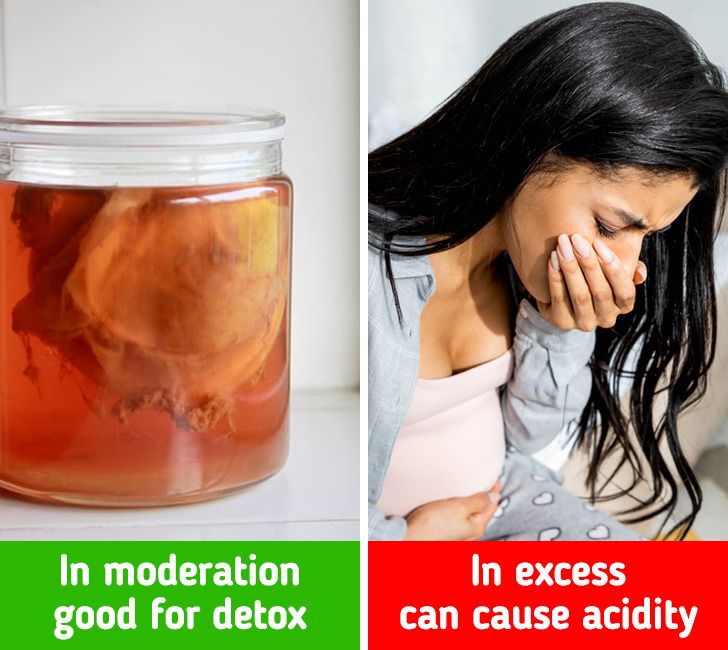 Kombucha is a fermented sweet tea that is high in antioxidants and probiotics. The drink gained household popularity in the ’90s but can be traced as far back as 220 BCE in China. Today, kombucha is considered a healthy superfood and a go-to drink for detoxing. Kombucha, however, is not beneficial to people with weak immune systems due to the fact that it contains different types of bacteria and yeast since it is served in a raw and unpasteurized state.

In addition, too much kombucha can give you an upset stomach or cause acidity. Having high amounts of sugar, it’s best to drink it sparingly to prevent increased sugar levels and weight gain.

7. Tuna can affect your motor skills. 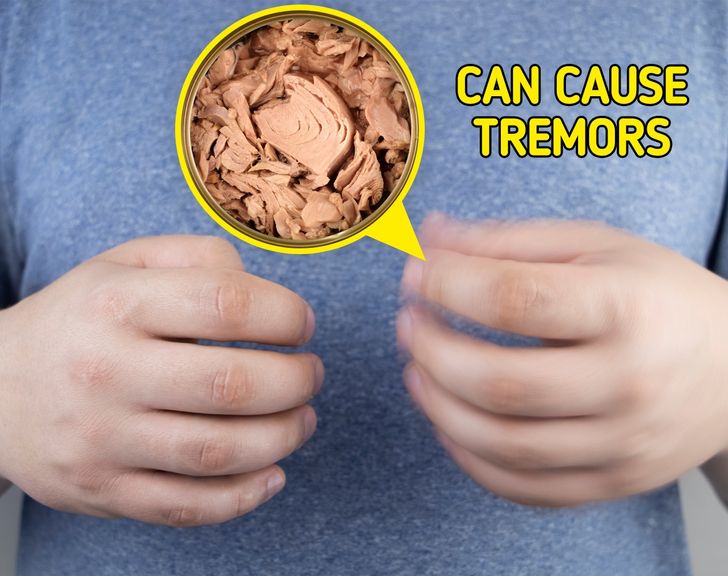 Tuna is a lean protein that is rich in omega 3s and vitamin B12. Studies have shown that eating tuna is good for the heart and strengthens eye health, the immune system, and lowers blood pressure. Similar to salmon and other fish, tuna contains mercury, making it a dangerous food when consumed in large and frequent quantities. Poisoning from mercury manifests in memory or vision loss, physical tremors, and numbness.

Comparing the benefits of canned and fresh tuna, both are low in fat and high in protein. However, research has shown that albacore or large white tuna has a higher mercury content compared to its smaller and darker tuna relatives.

8. Green tea can cause aches and pains. 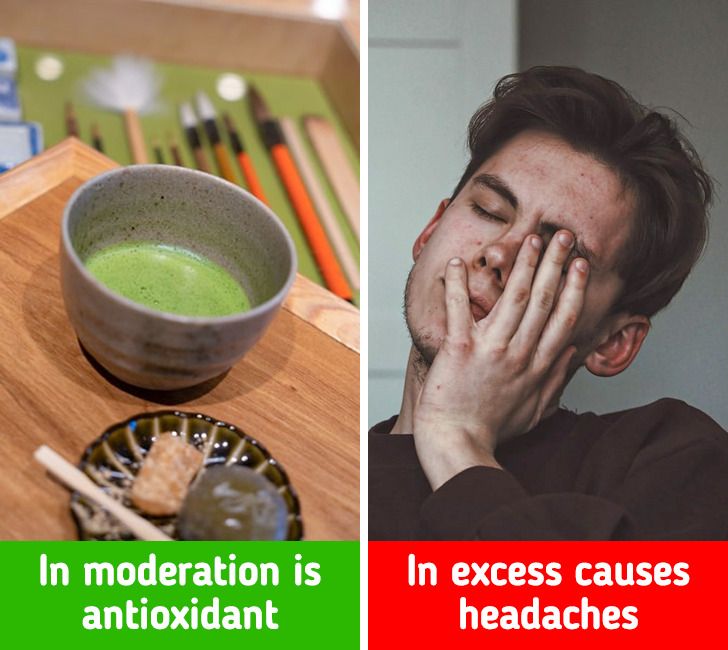 Green tea has been labeled as one of the healthiest beverages in the world due to its high antioxidant content. The antioxidants in green tea have been found to lower risks of cancer and heart disease, burn fat, and improve brain function. While there are countless benefits to green tea, excessive amounts of it can cause negative side effects, particularly due to its high caffeine content.

Effects of consuming too much caffeine include insomnia, headaches, palpitations, and heartburn. For those with a low tolerance for caffeinated products, green tea can also cause acidity and indigestion. According to experts, 3 to 5 cups of green tea a day is more than enough for the average adult.

Do you think too much healthy eating can be dangerous to your health? Which of these superfoods surprised you the most?